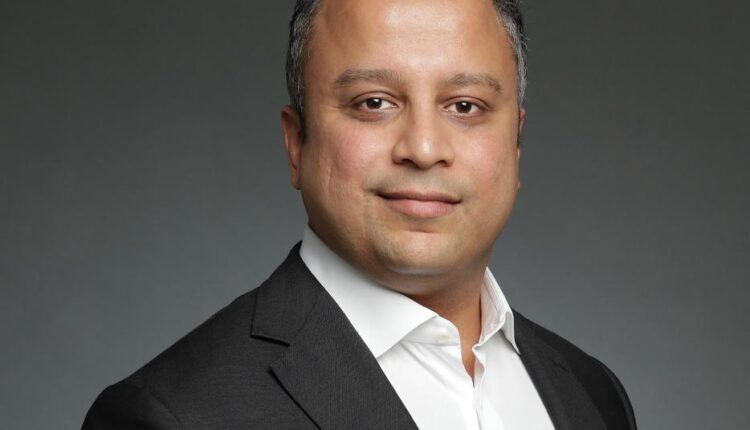 Not too long after witnessing some recovery signs post COVID 19 pandemic, global economy was plunged by the Russian Ukrainian war. Increased commodity prices due to drop in supplies from Ukraine, European ban on Russia, supply chain risks especially those related to the turbulent geography, and even protectionism have all forced governments to inject financial stimulus on top of the financial stimulus already paid during COVID19 time to help different sectors overcome economic challenges. That extra cash is one of the reasons for the current record inflation among many other factors. Energy prices rose 78% year-on-year in August 2022, food prices were up 11%, grain prices were up 15%, and fertilizer prices were up 60%. While developed countries are leaving market forces to correct themselves, developing countries may face debt distress and probably food insecurity due to the increasing import bills. Such a downbeat economic picture reduced the expectation of global trade growth from 3.5% to 1% according to the World Trade Organization (“WTO”).

On the flip side, the $9 trillion related logistics industry has shown strong signs of resiliency when it comes to delivery of consumer goods for instance. Supply chains yearning for normalization may come to an end in 2023. New normal is an industry which has faced all possible disruptions and is ready to adapt to any new change.

Having this in mind, we will try in this article to explore few new phenomenon and major changes in the trade world, and how they may influence the business in the next few years.

China continues to grapple with COVID-19 outbreaks and production disruptions, paired with weak external demand, which resulted in a sharp decline in exports late 2022 and gloomy 2023. China alliance with Russia obviously has a strong economical effect, however, what could leave a stronger mark on the Chinese economy is the deleterious impact of manufacturers who have been slowly moving out of China into more attractive destinations in Asia. In November, Chinese exports of high-tech products declined 23.6% to $74.8 billion, exports of mobiles dropped by 33% to $11 billion, and shipments of textiles were down by 14.8% to $11.3 billion. Meanwhile, countries like Vietnam, Singapore and Malaysia are grabbing markets China is ceding. Vietnamese exports, for example, rose 23% year-on-year to $185 billion over the first six months of 2022. Malaysia’s outward shipments increased 21% to $294.5 billion over the first 10 months of 2022.

As a result, the industrial giant lost some appetite for metals needed for export related production. Except for copper, import volumes of other metals like iron ore and nickel have fallen by 2.1% and 10.1% respectively. The impact would grow further to cover all related supply chains which are basically moving to the other Asian trade powers like Vietnam, Malaysia, and Singapore.

On the other side of the globe, in the first 10 months of 2022, the U.S. imported $1.6 trillion worth of goods, up 21.6%, compared to China imports of $1.3 trillion, up 5.8%. The export side will probably show a clearer resurgent for the US, especially in the Energy sector where the same period has seen a 73.6% increase in fuel exports to $183.2 billion. Also, investments in high-tech production, tensions with China which encouraged the US to replace China in many markets, and nearshoring (which we will talk about later in this article) will all boost U.S. high-tech trade with trade partners. Until Oct 2022, the U.S. increased high-tech exports 8.2% to $153.5 billion.

Companies are prioritizing trading with neighbor countries, encouraged by domestic subsidies like the US subsidies for domestic manufacturers of semiconductors, and to avoid the rising geopolitical risks which have led to import tariffs and export controls on microchips amongst many other forms of protectionism.

Intra-continent, or nearshoring, is reshaping trade corridors and is a trend which will be prevalent especially in the U.S. Some numbers to tell the story: Jan – Oct, U.S. total trade with Canada increased by 23% and with Mexico by 20.3% to $668.6 billion and $656 billion respectively. On the other hand, total trade with China, increased only 10.9% to $587 billion. In August, the U.S. imposed export controls on shipments of computer chips to China, and Apple has moved domestically to diversify its manufacturing process to rely less on China. These moves are already having an impact in 2023. In the first 9 months of 2022, for example, U.S exports of processors and integrated circuits to China fell 34.2% to $5.1 billion, while shipments of those products to Mexico increased 11.8% to $6.9 billion. The U.S. top market for overall high-tech exports was Mexico, where shipments rose 16.5% to $36.7 billion. That thematic change is expected to continue in 2023

US and European sanctions on Russia have changed the direction of Russian gas from Europe to Turkey, China, and India. Jan – Nov 2022, China’s imports of oil and gas from Russia increased 62% to $77.8 billion Year-on-Year (“YoY”). China refined and exported some of that oil to add $5.4 billion to its exports mainly of fuel. India surged its energy imports from Russia in the same period from $3.3 billion to $22.9 billion or 592%.

US gas is, however, replacing that of its historic rival to operate the factories of the old continent. The Atlantic Ocean is busy with tanks of Liquid Natural Gas (“LNG”) sailing from the US to Europe to fill in the gap, where the closer Mediterranean gas is not fully ready yet to do play that role either for political or logistical reasons. An example which reflects the growth of such a corridor, U.S. gas exports to France, increased 518% to $6.8 billion in the first 10 months of 2022.

South will come up!

Even though free trade has been fairly impacted by all the above factors, nevertheless, some economies in the south have made it through to join the top economies league. Gulf Cooperation Council (GCC) countries – especially those energy exporting – is the brightest spot; oil prices are likely to sustain US$75-95, albeit declining, will remain high by historical standards. While oil demand growth could be impacted by worsening global economic conditions, the ban on petroleum products from Russia, along with a gradual recovery in China, is likely to boost energy demand and subsequently further provide for GCC leading position in the energy industry. In anticipation of that growth, Dubai on Wednesday announced a huge $8.7 trillion economic plan for the coming decade, aimed at turbocharging trade and reinforcing its position as a global trade and investment hub.

Latin American countries on the other side has managed to make a leap forward. Chile, for example, has been diversifying away from its staple exports of commodities like copper to add around $6.1 billion of fish in the first 10 months of 2022, up 32.5% from 2021, and $7.6 billion worth of edible fruits and nuts or 32.5%

Renewables in the front seat

With the global calls for cleaner sources of energy and reduced carbon print, industries like electric vehicles and their batteries, windmills, and solar panels will be one of the catalysts of future trade growth. Germany, as a dominant player in this field, has increased its exports by 55.4% to $16.4 billion in the first nine months of 2022. China comes second with shipments increasing 115.4% to $11.8 billion. Think of linked supply chains to realize the boom in electric vehicles and its positive impact on the related metal industry. For example, exports of lithium batteries by their top supplier, China, increased 83.4% to $34.9 billion in the first nine months of 2022 over the same time in 2021.

Why Inclusivity is imperative to a nation’s progress

How BIM changes the construction landscape in Egypt

How BIM changes the construction landscape in Egypt

Defending the Planet, on Europe Day and Beyond

Welcome to the subscription economy. Here’s how it can benefit your business…

Huxley Consultancy intends to expand in the Egyptian market…

Etisalat Egypt Signs a Financing Agreement with the… 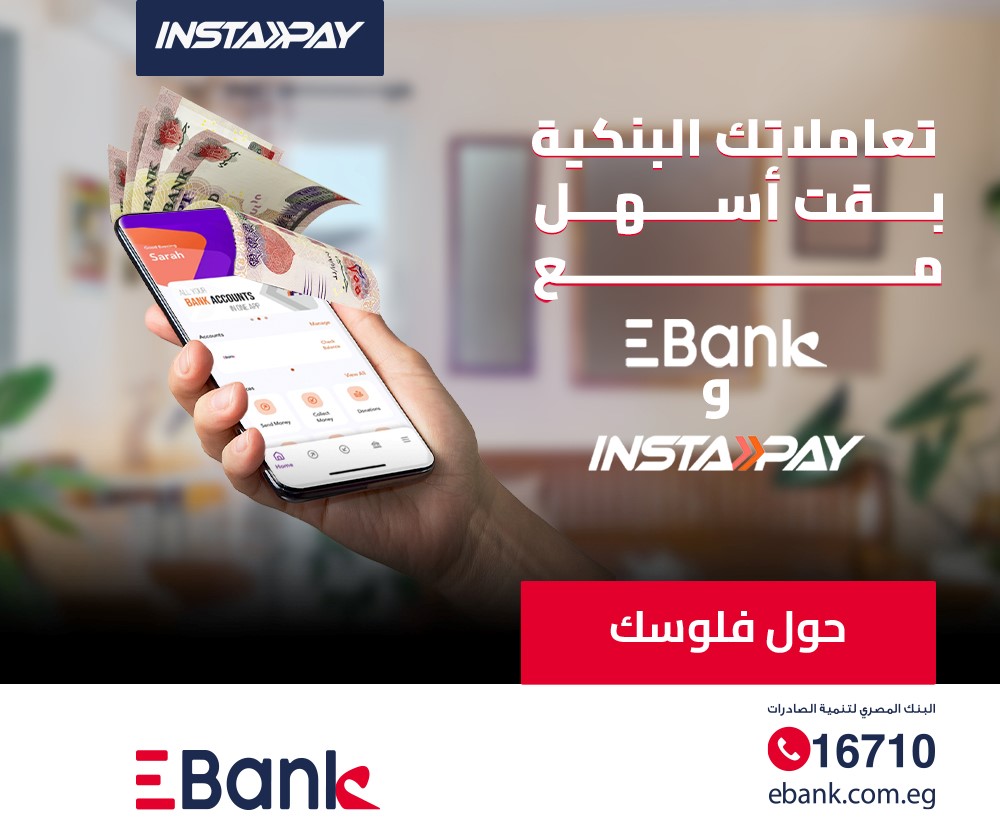