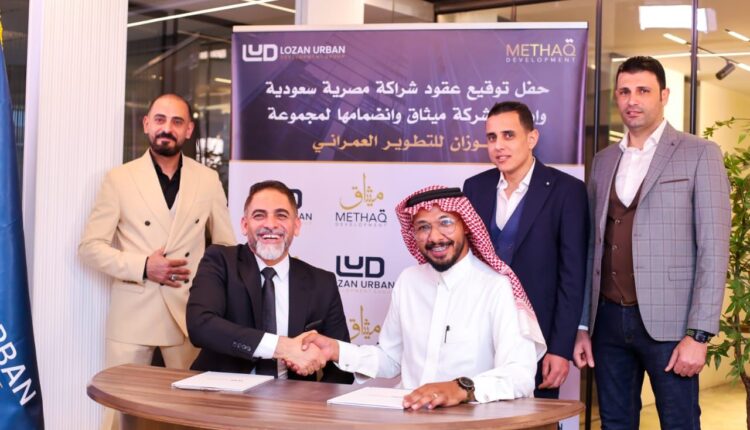 Egypt’s Lozan Urban Development Group, The mother company which embraces several Egyptian and Emirati companies, has launched a new entity in an Egyptian-Saudi partnership under the name of “Methaq Development” to develop several distinctive urban projects in Egypt during the coming period with investments of up to EGP 5 billion, in a move that confirms the strength and performance of the Egyptian economy and its ability to attract more foreign and Arab investments.

Mr. Abdullah Al-Amoudi, Regional President of Methaq  Development, expressed his happiness at his presence in his second homeland Egypt, and his new partnership with the Lozan Development Group, stressing that as Saudi businessmen they are happy to be present as investors in the land of Mahrousa, especially since Egypt is one of the most important countries that have strong economic relations with the Kingdom of Saudi Arabia.

“ This new partnership aims to expand the Group’s investments in Egypt in light of the great urban development witnessed by Egypt in all fields under the leadership of President Abdel Fattah al-Sisi, which paves the way for more investment opportunities and increases the opportunities of the Egyptian-Saudi partnership, especially in mega projects such as the New Administrative Capital, and smart cities that are being implemented in various parts of Egypt, supported by the great development in infrastructure, which has made Egypt a magnet for all investments of various nationalities.”

Mr. Adel Abdel Moneim, Chairman of Lozan Urban Development Group, pointed out that this partnership confirms the strength and performance of the Egyptian economy and its ability to attract more foreign and Arab investments, and evidence of the effort exerted by the Egyptian government in the implementation of many national development projects throughout the country.

Adel Abdel Moneim added that the Lozan Group has carried out an extensive study of the market through the needs and requirements of customers in terms of locations, area of units, and services in each project and depends in its strategy on a careful study of the reality and developments of the Egyptian market and then design and implement projects that meet and understand the needs of customers from a safe investment, as our strategy is also based on identifying problems and developing solutions to them before planning any project, and this is the secret behind achieving this success, as we also rely on Providing a real estate product that keeps pace with the new transformation and urban renaissance supported by the Egyptian state under the directives of President Abdel Fattah al-Sisi.

“The Egyptian real estate market is one of the important and vital sectors in the Egyptian economy and therefore the group aims to attract more foreign investments, especially Arab and African ones, by working on the export of Egyptian real estate abroad, after studying the opening of external headquarters of the group in both Saudi Arabia and the UAE in the coming period, and working to encourage and attract more foreign investments in line with the vision of the state in achieving a strong and sustainable economy.” Mahmoud Zayed, Head of Marketing Sector of Lozan Group said.

He explained that the group aims to provide a different product that meets the aspirations of their customers in the Egyptian market, through excellence, quality, and innovation in the projects targeted for implementation in New Cairo and the New Administrative Capital, pointing out that a marketing plan has been developed by the group’s team aimed at working on all tools and marketing means to achieve the objectives of the group by developing a different vision in the Egyptian market.

The Central Bank of Egypt Supports Entrepreneurship and Promotes Innovations in…

RIF Trust Reinforces Its Presence in the Middle East and…

The Central Bank of Egypt Supports Entrepreneurship and… 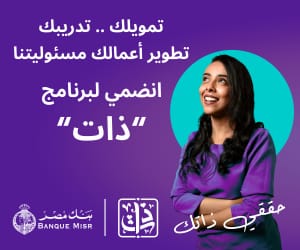